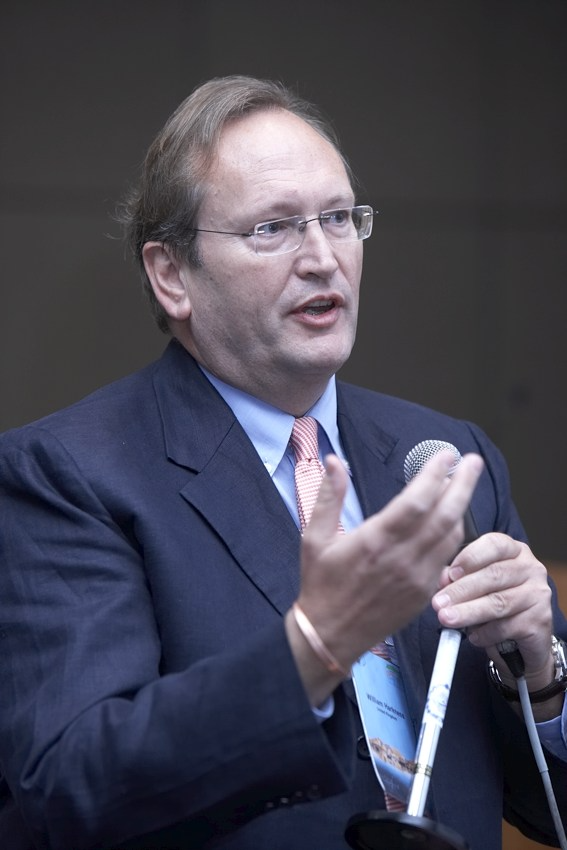 We are deeply saddened by the passing of William Harkness, one of the most outstanding paediatric neurosurgeons of our generation. A caring clinician and gifted surgeon, visionary leader, loyal friend and devoted family man, William left an indelible impression on our specialty and the many people whose lives he touched.

William was educated at Eton School and qualified in medicine in 1979, at the University of Birmingham. His neurosurgical training commenced at the Radcliffe Infirmary, Oxford and later continued in Birmingham, where Bernard Williams was an influential mentor and Tony Hockley became a lifelong friend. Upon completion of his specialist training in 1991, he was appointed as a consultant neurosurgeon at the National Hospital for Neurology and Neurosurgery, Queen Square and Great Ormond Street Hospital for Sick Children, but it was the latter institution that became his professional home as he focused his career on paediatric neurosurgery, establishing a legendary partnership with Richard Hayward.

Given the task of developing an epilepsy surgery service, William spent a year in North America undergoing training at UCLA, Seattle, Miami and Montreal. He enthusiastically embraced the multidisciplinary team approach, enabling him to establish a world-leading children’s epilepsy surgery service together with Helen Cross at GOSH. While this is where he had his greatest scientific impact, he was a consummate paediatric neurosurgeon who thought deeply and wrote on a wide range of conditions. William was known to be an exceptionally skillful surgeon, with many neurosurgical trainees citing him as the one of the leading technical neurosurgeons they had worked with.

In addition to the thousands of children who benefitted from his neurosurgical skills, William contributed to the growth of our specialty through a succession of carefully considered ’5 year plans’ at local, national and international level.

He served as clinical lead for paediatric neurosciences at GOSH and led the development of a national plan for epilepsy surgery services in Great Britain. Throughout his career William was an ardent advocate for paediatric neurosurgery, representing the specialty in many forums including the Society of British Neurological Surgeons. He was passionate about developing the role of neurosurgical nursing in our specialty, a champion of the role of clinical nurse specialists and advanced nurse practitioners within the neurosurgical team, and was instrumental in establishing their voice within the International Society of Pediatric Neurosurgeons (ISPN).

It is however as a teacher that many paediatric neurosurgeons will always remember William. A participant in the first ever European Society for Pediatric Neurosurgery (ESPN) educational course, where he struck up a legendary friendship with the late Jim Goodrich, he went on to become one of the most sought-after lecturers worldwide. He was a brilliant communicator in every way- meticulously prepared presentations were delivered with flair, and when the sun started to set he was always available to continue lively discussions with attendees late into the night.

Drawn by his friend Tony Hockley to the ISPN, there are few who have contributed more to our society. William served as scientific chair, communications chair, treasurer and ultimately president, 19 years after Tony (2016-2017), embracing each role with charismatic gusto.  Inspired by the insights gained through teaching around the world, he committed his presidency to building global paediatric neurosurgery, presenting a visionary plan in his presidential address in Denver, 2017.

Combining his organizational and technical skills, he worked with Jim Johnson to develop InterSurgeon, a web-based platform promoting international collaboration through linking neurosurgeons and related organisations across the world. Supported by among others, the ISPN, UAB and the G4Alliance, InterSurgeon has grown beyond neurosurgery and will be a lasting tribute to William’s vision and drive.

In addition to this clarity of purpose, William was highly principled and frank- you knew exactly where you stood with him. The phrase “larger than life” has recurred amongst the many testaments, a reflection of a friendly and gregarious personality that drew people to him and infected them with his enthusiasm. William was a wonderful friend and always great company – a true Renaissance man, his eclectic interests ranged from art and music through wine, classic cars (in particular, his trusty Aston Martin), travel and a fascination with antiques and history.

Above all else however, we remember William’s devotion to his family most vividly. His beloved wife Philippa accompanied him on most of his travels, and no conversation with him was complete without an update on the adventures of Edward, Fran, Gabi and Letitia and their growing families. We cannot imagine their sense of loss and extend our sincere condolences to his family and close friends.

No doubt there will be many personal reflections on the life of William Harkness in the weeks and months ahead; shared anecdotes, stories and fond memories. Hardly a year since we mourned the loss of Jim Goodrich, it is poignant that when the ISPN inaugurated the president’s honored guest to acknowledge colleagues who have made a lifetime’s academic contribution to our specialty, the first pediatric neurosurgeon to be recognized in this way was Jim Goodrich, invited by William in 2017.

There are so many within our society, and beyond, who will consider themselves privileged to be counted among his friends and colleagues.