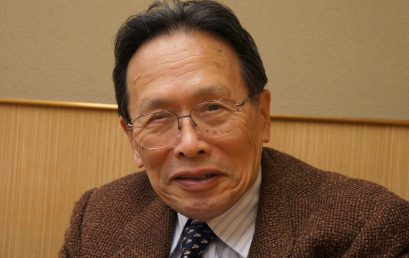 It is with great sadness to inform you all that one of the ISPN founders, Professor Satoshi Matsumoto, passed away at the age of 90 years on November 7, 2017.

During the opening of the Annual Meeting of ISPN hosted by Professor Mami Yamasaki in Kobe last October, we watched the video message from Professor Matsumoto on a large screen. We thought that he was not able to attend the meeting probably due to his aging condition and we all believed that we could meet him again. Despite our strong hopes for his recovery, he has passed away. His death has caused an irreparable loss to all the pediatric neurosurgeons in the world.

Professor Satoshi Matsumoto was born on August 30, 1927 in Himeji City, which is approximately 60 km west from Kobe. He graduated from Kyoto University, School of Medicine in Japan and he completed his fellowship & residency program in Neurological Surgery from Kyoto University in 1962. After that he had his residency at the Children’s Memorial Hospital, Northwestern University, Chicago, from 1962 to 1963. During the residency, he studied pediatric neurosurgery under earnest instructions of Professor Anthony Raimondi.

He returned to Japan in 1968 and from March 1968 to August 1971, he was the Chief of Neurosurgical Service of the Tazuke Kofukai Foundation, Medical Research Institute, Kitano Hospital in Osaka, which was one of the main hospitals affiliated to Kyoto University. He started his career as a pediatric neurosurgeon in this hospital. I had the chance to work in this hospital in 1979 where I examined many children and adolescents with hydrocephalus and CNS anomalies who had been carefully treated by Professor Satoshi Matsumoto in this hospital.

On September 1971, he became the first Professor and Chairman for the Department of Neurological Surgery at Kobe University School of Medicine.
He had profound passion towards pediatric neurosurgery, especially in the fields of hydrocephalus, anomalies and neoplasms of the central nervous system. At the beginning of his career in Kobe University, Professor Tadanori Tomita, who is now one of the executive members of ISPN, was a young resident in this department. In 1972, Professor Anthony Raimondi hosted a reunion in Chicago which was attended by eleven neurosurgeons. Professor Satoshi Matsumoto was one of them and they were the founding members of ISPN. Professor Matsumoto was the Program Chair at that time and the Society’s first meeting was decided to be held in the following year in Tokyo with him being the first host of the meeting. From 1982 to 1983 he was the President of ISPN and from 1985 he was the Editorial Board Member of Child’s Nervous System, the official journal of ISPN.

In 1993, two years after his retirement from Kobe University School of Medicine, he established “The Japan Spina Bifida & Hydrocephalus Research Foundation” in Kobe, with the aim to support various kinds of researches on spinabifida and hydrocephalus and to broaden the public understanding of these kinds of diseases. He was the first president of this foundation and there have been many researches carried out in both clinical as well as basic fields of hydrocephalus and spina bifida.

I would like to express my sincere heartfelt condolences to the grieving family and I hope they can have the strength to overcome this huge loss.