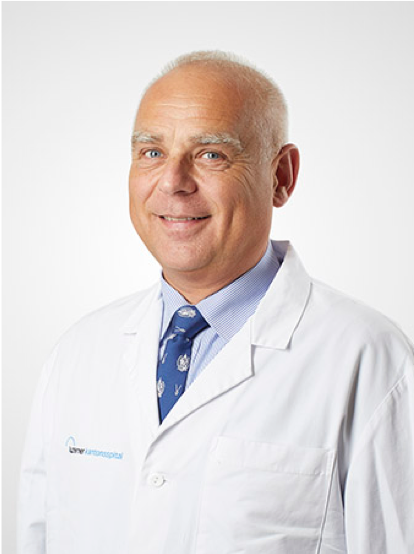 It is with great sadness that I’m sharing with you the grief about the loss of Karl Kothbauer, to many of us not only an esteemed colleague but a good friend. With Karl’s sudden and unexpected passing, the international neurosurgical and neuromonitoring community has lost not only a prominent figure in both disciplines but, above all, a very special person.

In spite of running a Department of adult Neurosurgery, Karl never gave up his passion for Pediatric Neurosurgery and, besides continuing to operate on complex pediatric cases, he was a frequent traveler to ISPN and ESPN meetings, enjoying both the scientific aspects and -above all- the friendly relationship with many of us.

Some of you may not know that he was also one of the very few neurosurgeons with amazing expertise and competence in the field of Intraoperative Neurophysiology. Following a 2-year fellowship in Intraoperative Neurophysiology with Vedran Deletis -just before his pediatric neurosurgery fellowship- he became one of the very first neurosurgeons to be fully trained in neuromonitoring. Karl was extraordinary in both neurosurgery and neuromonitoring, integrating them and making neurosurgery better and safer, for the benefits of his patients. This approach made him a neurosurgeon of astonishing quality and his contribution to fields such as intramedullary spinal cord tumor surgery remains outstanding.
He served as an ambassador for the field of Neuromonitoring within the international neurosurgical community for the last 20 years, influencing many colleagues with his authority, scientific rigor and innovative thinking.

With the words of one of his mentors, Rick Abbott, “behind his quiet, reflective personality, he was the model for an empathic surgeon whose patients and trainees loved and treasured.” He was always open minded for new research ideas, teaching what he had learned in the past and supporting young trainees to build up their own profile in an extraordinary way.

Just a year ago, in Vienna, I had the privilege to introduce his Fred J Epstein Memorial Lecture, an Honorary Lecture granted by the International Society of Intraoperative Neurophysiology to “An individual of exceptional competence, scientific contribution, with qualities such as thinking “out of the box” and “against the mainstream””.

This was Karl Kothbauer, the neurosurgeon and the scientist.

Yet, whoever had the fortune and privilege to know him well, knows that Karl was much more than that. He was a humble colleague and a loyal friend, with a genuinely generous heart. In spite of sometimes appearing very serious and reserved, he had, in facts, a sense of humor and irony like no others. Fond memories of the years in New York and then at the ISIN courses and congresses, and on private occasions with his family, are countless.
Love and dedication to his family were no less of his commitment to Neurosurgery. Karl was a beloved husband and father and our affectionate thoughts and prayers are today with his wife and his son.

Karl will be missed, a lot. But his legacy will stay and will inspire us in the years to come.

Francesco Sala
On behalf of the ISPN Executive Board