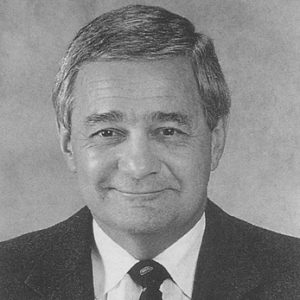 We are very saddened to announce the passing of Robin Humphreys on March 18, 2020.

Following his retirement, he was a board member of the Hospital for Sick Children Foundation and he carried on his work for his beloved SickKids for an additional 9 years.
Robin was a skilled surgeon, an astute clinician, a great teacher, and a beloved mentor and friend to many. He was a superb public speaker and a disciplined administrator. He was a model of professionalism in our specialty. He warmly welcomed many visitors and trainees to SickKids and he and his wife Judith often so generously extended that welcome to their home in Toronto.

Many of us will remember the grace and skill he had to introduce speakers and to pay tributes to others, always seeing people in the best possible light. He imparted to many trainees an infectious enthusiasm for neurosurgery and inspired everyone to be a little better in all aspects of being a surgeon. Many of us close to him in neurosurgery, particularly his many residents and fellows, will remember what a dedicated teacher he was, deeply knowledgeable and offering up organized approaches to the many challenging problems in our discipline. Robin loved to laugh, and he and Judith made you feel special when you were in their company.

Robin lost his beloved Judith in January 2020, so they were not apart for long, as it was meant to be. Robin and Judith lived the compassion and dignity to which we all can aspire. Robin adored his family and he will be deeply missed by his children Cameron and Jane, their spouses, and their five grandchildren, as well as many friends. Robin will be missed but his legacy is carried out by many in their daily work across the globe, and he will be fondly remembered.