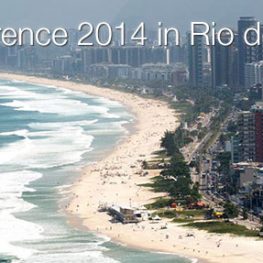 It was my great pleasure and honor to be the host of the 42nd ISPN Meeting in Rio de Janeiro. Brazil. This was the second ISPN Meeting held in Brazil, 37 years after Gurujá, São Paulo. There were 413 registered participants and 100 were from Brazil. Forty-five countries were represented.

It was my great pleasure and honor to be the host of the 42nd ISPN Meeting in Rio de Janeiro. Brazil. This was the second ISPN Meeting held in Brazil, 37 years after Gurujá, São Paulo. There were 413 registered participants and 100 were from Brazil. Forty-five countries were represented. The local Organizing Committee was composed of Marcia Cristina da Silva, Artur da Cunha, Hamilton Matushita, Helio Rubens Machado and Nelci Zanon, all from Brazil. Last, but not least Young-Shin Ra (Korea) was the Chairman of the Scientific Committee and organized an outstanding scientific program.

The meeting venue was the Windsor Barra Hotel Convention Center in the modern neighborhood of Barra da Tijuca, just in front of the Atlantic Ocean at Rio de Janeiro’s west side.

The Premeeting course “Update in Neurooncology” was held on Sunday and was organized by Sergio Cavalheiro (Brasil), Guirish Solanki (UK) and Gianpiero Tamburrini (Italy). There were 25 invited faculties among members and non members of the ISPN and 37 attendants.

Both were carried out on the roof top of the Windsor Barra da Tijuca Hotel, where it was possible to enjoy a stunning view of the Rio de Janeiro coast. Typical dishes and drinks of local cuisine, like “caipirinha”and a musical group of one of the most emblematic of all Brazilian rhythms, “Chorinho”, made the atmosphere relaxed and warm..

The Scientific Program started with a minisymposium on the main topic, Cortical Dysplasia, in which diagnosis, pathology, genetics, surgery and outcome were widely discussed. Other themes discussed in 6 more minisymposia and round tables were: Update on Pediatric Brain Tumors, Optic Pathways Tumors, Fetal Diagnosis and Surgery of Spina Bifida, Craniofacial Surgery, Intracranial Infections and Options in the Treatment of Craniopharyngiomas, besides 10 invited lectures. The Special Lecture on “Art, Science and Technology in Medical Communication” was given by Hermes Prado Jr., a Brazilian doctor and also a very important graphic artist and illustrator. In his message, the ISPN President Gordon McComb addressed the issue “A practical clinical classification of spinal neural tube defects”. The Scientific Program included also 86 oral presentations, 76 flash presentations and 83 electronic posters. A Nurse’s Symposium was organized by Linda May (UK).

The social program will be remembered for years. On Tuesday, a Carioca Night, or a Night in Rio, was organized in the old town district of Lapa, at the most traditional night club of the town, Rio Scenarium. The delegates were introduced to the very soul and spirit of Rio de Janeiro, enjoying music and dancing. The Gala Dinner was held on Wednesday at Espaço Lamartine, an elegant party house where the Poncho Ceremony took place, handing over the Poncho from Gordon McComb to the new ISPN President Chandrashekhar Deopujari. Afterwards, a dazzling show of a Samba school gave a little taste of what is Rio’s Carnival.

On Thursday afternoon at the farewell ceremony, the ISPN flags were handed over to the Chairman of the 43rd ISPN Meeting Saffet Mutluer, the right substitute of our dear friend, the late Yusuf Ershain.

Twenty medical companies and funding agencies sponsored our Meeting in different ways and I would like to express my gratitude to them. I am also extremely grateful to the Members of the LOC, to the MCI Brazil team, to the Rio de Janeiro Neurosurgical Society and to my Brazilian friends who supported and helped me during the last two years. My deep appreciation goes to Young-Shin Ra, the Chairman of the Scientific Committee and to the Executive Board. A special thank for all those who attended this meeting.

Looking forward to seeing you all in future ISPN meetings! 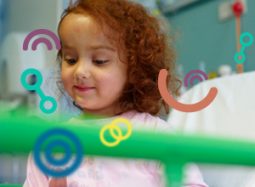